A Special Criminal Court has requested the support of ABA ROLI to recruit an International Consultant who will be able to lead the process of setting up an information management system.

Since December 2013, the Central African Republic (CAR) has been going through a series of violent conflicts and its institutions are experiencing a deep crisis. As a result of these conflicts, numerous cases of serious human rights violations have been committed against the population, the victims of which have been women and children to a large extent. Several thousand people have been displaced and all parties to the conflict have been implicated in serious violations of human rights as well as international humanitarian law (IHL).

This situation has led the Central African authorities, at the request of the nation’s vital forces, supported by the international community, to take measures to combat impunity for serious crimes committed in car.

Almost all of the Court’s organs are operational to date and the Court is about to start its first trial. Meanwhile, other cases are under investigation and investigations are continuing for others.

Given the complexity of the cases handled by the Court and with the aim of facilitating efficient and rapid work by the Court, the evolution of the Court’s judicial activities demonstrates the need to provide it with a modern and digitized system for the management of judicial data that will operate in a secure manner through software set up to do so. This software will allow the management of judicial data, the digital archiving of all files, will limit the level of access to files according to the level of responsibility; and facilitate the execution of tasks of various departments in record time. According to exchanges with the Vice-President of the Court, the Chief Registrar and the heads of other units, the establishment of this system becomes very urgent given the current pace of the Court and the preparation of future trials.

Moreover, to set up this system of management of judicial information, certain prerequisites become urgent in order to arrive at a malleable tool that meets the real needs of the court. This implies upstream work to gather information on the environment that this platform should take for queries and this, during the construction phase of the software. Conform the interface to the requirements of the users’ work.

Setting up an information management system will be done in four main steps:

Phase 1. Conduct an evaluation of the current circuit of files as well as the identification of needs for its improvement according to the expectations of users;

Phase 2. Produce a model and a detailed report on the new circuit as well as its operation and its involvement on the technical, legal and operational levels;

Phase 3. Design the database, set up a user guide and assist SPC in the acquisition of related media for its proper functioning;

Phase 4. Conduct pilot testing and validation of the system; and train staff for its use;

The objective of this mission is to conduct an in-depth analysis of the functioning of the various organs of the court, the circuit of cases and information, the tools currently used, the levels of responsibility of the different actors, the needs for improvement and to set up a digitized and secure system of data management of the SCC through a software for a better follow-up of the files and support to the different organs of the Court, to litigants. To do this, it consists of the following steps:

• Exchange with the heads of the various organs of the court in order to have a global vision on the current system as well as the circuit of cases within the court;

• Conduct an analysis on the legal framework applied by the court for the management of files and information and collect the opinions of the various organs of the court on the improvement and digitization of the system;

• Conduct an assessment of equipment needs, training for mapping during the installation of the system;

• Design tools to understand the work of the different departments of the court and the communication circuit between departments.

• Design an explanatory model of the database to be designed according to the tools collected from different SPC departments.

• Present the evaluation reports during a tool validation workshop and the model of the BDJ to the members of the court;

• Make a realistic timeline of the steps of software design, software testing, user training, training and installation of the software.

• Take into account in particular the legal environment of and regulatory at the SPC and / or in the Central African Republic in terms of Information and Communication Technologies, including in particular the use of biometric data;

• Take into account the level and quality of the offer of IT services in CAR for an optimized operation of the system.

• Take into account the interaction between the Registry and other offices of the Court, including the Chambers, the Special Prosecutor’s Office and the Special Judicial Police Unit.

• Organize meetings with the project team and the various offices of the Court to learn about the case and harmonize views;

• Exchange with the heads of the Court’s bodies in order to make an analysis of the current system, existing infrastructures and understand the legal framework governing the management of files and information;

• Organize exchange workshops with the various organs of the Court in order to harmonize points of view, validate the data circuit and the model of the information management system;

• Provide support to the various services of the Court for the preparation of the files to serve as a database matrix;

• Organize and facilitate a workshop to present the IT solution for all members of the Court, representatives of the Government and the Court’s technical and financial partners;

• Organize a pilot/test phase of the system to allow users and the consultant to find any malfunctions;

It is up to the consultant to a proposal for a timetable that will allow the expected results to be achieved according to the four phases of the process as described above. Thus, the service provider must be able to make a projection over the duration and cost of each of these phases in the presentation of the technical offer and the financial offer.

At the end of the mission, the consultant must provide the following deliverables:

– The system tested and validated by users

– The report of the test phase of the system

– The general report of the mission

The expert who will be deployed will have to justify:

• At least 5 years’ work experience in the design of judicial information management systems and in networking;

• Ability to communicate fluently in French, both orally and in writing;

• Previous experience working with and/or for public administration in an African country, ideally in at least one of the sectors related to the public service of justice;

• Experience working in capacity building and design of it pedagogical tools;

• Excellent ability to write progress reports and the final report.

To apply, you must send your offers by email to the following address abaroli.centrafrique@americanbar.org or submit it in a closed envelope to the ABA ROLI coordination office located in Bangui, 1st Arrondissement, Rue Général Abdel NASSER, portal 2242 (near the Lycée Technique) no later than June 10th , 2022.

Interested candidates (legal or natural persons) are requested to send their CVs and an offer that describes the methodology of the evaluation and development of the system; and a budget.

The offer must not exceed 5 pages and will consist of the following elements:

– Your understanding of the mission;

– The proposed methodology for the evaluation and design of the system;

– The detailed timetable and duration of each phase of the process

– The detailed budget for each phase of the process. 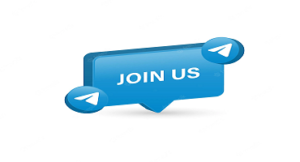